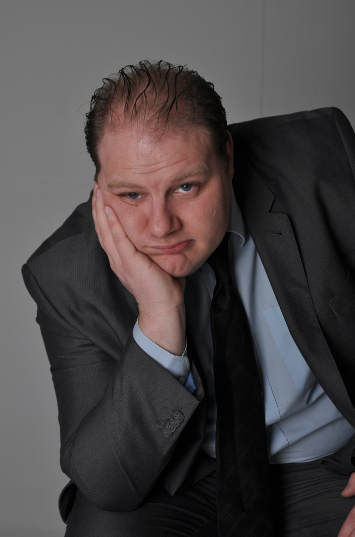 Martin is a working class lad from the heart of the Midlands and has an established back ground as an entertainer.

From the age of 4, it was evident that Martin was destined for the stage. Martin has performed tap and gymnastic dance routines in shows at the Old Rep Theatre in Birmingham, he has wrestled at some well known arena's across Britain, UAE and the USA. He has also been a regular guest sports critique on Mark Packer's Radio Show "Primetime with the PackMan" in Charlotte, North Carolina.

Martin now treads the boards and performs stand up comedy at pubs, clubs and church halls across Britain.

As a Christian, Martin's ethos is "Integrity" his material has a cheeky edge but he always keeps it clean.

His style combines a jovial energy with his Midlands wit, his opinionated cheeky self and a dry and sharp delivery. Add to that a comfortable stage pressence which makes Martin a confident all rounder.

Martin is also a competent pulpit minister, using humour as a tool to help talk about some of the more challenging topics and subjects of the Bible.

This is what some other people have said about Martin: 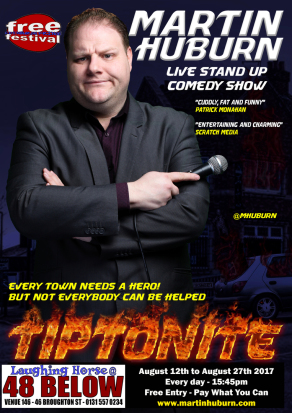 There is a fine line between banter and discrimination.

Martin is a cheeky yet likable working Class lad from the West Midlands.
"Tiptonite" is a thought provoking and cheeky perspective on political correctness and equality and how frequently people can get this very wrong, including Martin himself.

Martin is a member of the Super God Comedy Squad and the Christian Comedians Association, which gives this show a Christian seal of approval.

I recently did an interview with Jay Islaam for Switch Radio and The Comedy Cannon show, where I talked about my journey as an entertainer and how I arrived at where I am today. The full interview can be found here. 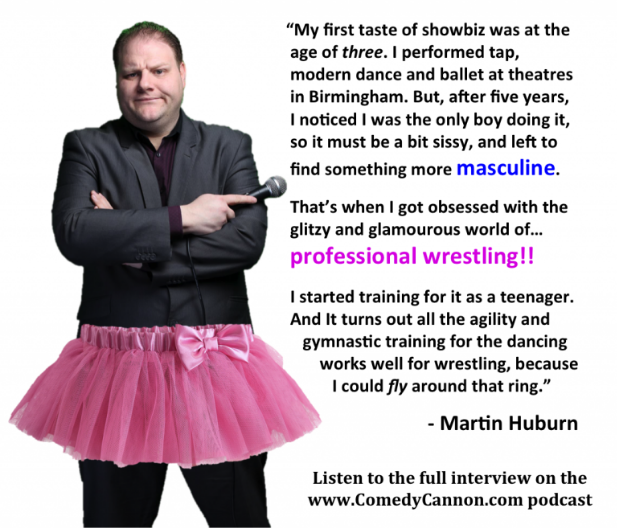 Does my bum look big in this?

A wonderful testimony from a dear friend and mentor.

"I have known Martin for many years now. When I look at Martin and listen to his life experiences, it’s like looking in the mirror, we’ve both had similar journeys, in fact his life, reminds me of my life before I became a Christian and I think that’s one of the reasons we get on so well.

Being a Christian is hard enough, without the added pressure of being a Christian comedian, I know this is something Martin has wrestled with for a while but I believe he has the balance just right.

What do I love about Martin? His zeal for God, his love for his family and others and his willingness to take advice, whether that is his sermon material, teaching style or simply concerning the material he presents in his shows. May God bless him richly as he strives to show the world that Christians do have a sense of humour."

Mike has an excellent Christian and Bible resource site at www.the-scriptures.co.uk.